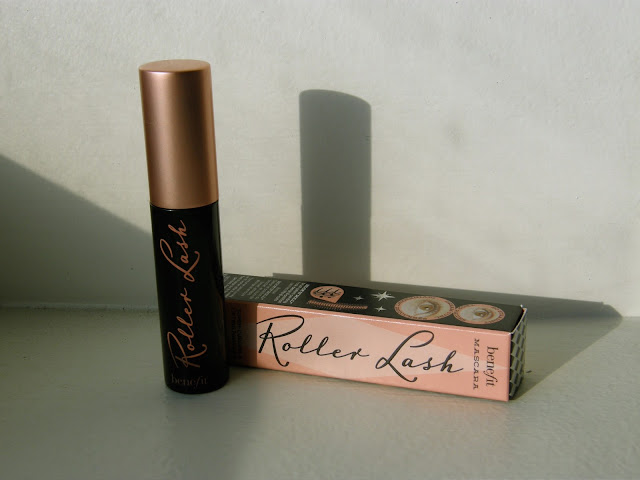 Ah~ back to blogging... it's always a little bittersweet; especially when you're using photos that you've had stockpiled in your iPhoto library for the past 1+ years.
Thankfully the product isn't too too old—in fact I did a "YouTube Made Me Buy It!" video for it back in March—and, more importantly, this mascara is just overall fantastic so I'll probably be talking about (and wearing, once I get through the 8,000 other tubes of mascara I have waiting in my vanity drawer to be tested/used) it for a long time to come! Oops, did I just ruin any and all anticipation I could have built up in the coming paragraphs of this post?

I told you: I'm a bit rusty at this whole blogging thing. I'll get the hang of it again in due time but, until then, just suppress the spoiled suspense and relish in the beauty that is benefit's "Roller Lash". 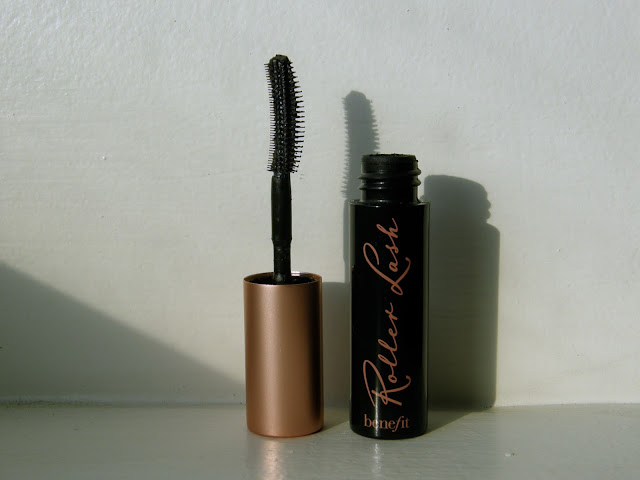 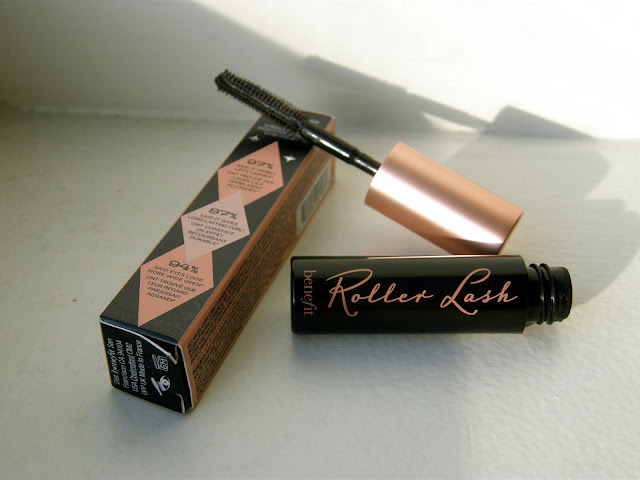 Upon initial impressions of this mascara I was a bit trepidatious; the curved wand had me all sorts of giddy because of my love for the wand of CoverGirl's "Clump Crusher" Mascara but, and this is a 'but' as big as my own behind, I was still traumatized (pardon my dramatics) by my previous poor experience with benefit's oh-so-popular "they're Real!" mascara.
Was the "Roller Lash" going to be a repeat of its predecessor? Or was the "Hook'n'Roll" wand going to make all the difference like it did with CoverGirl's otherwise mediocre mascara formula? 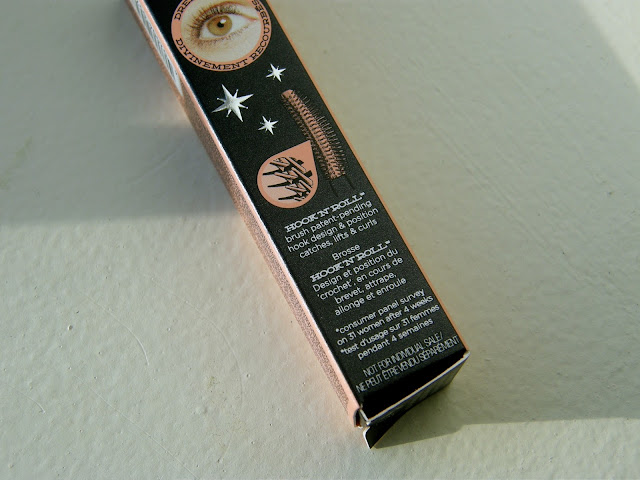 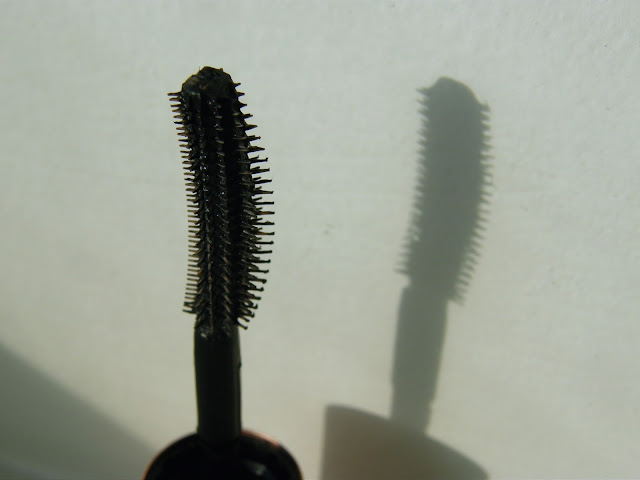 Welp, I'm happy to say that this wand really does make all of the difference; this thing is downright splendid!

The curve of the wand, along with all curved mascara wands, is so helpful in hugging the contour of an eyelid—I'm actually pretty surprised more companies haven't ditched straight wands and adopted this same shape. Because it's able to get right down to the base of your lashes, it's then able to effortlessly coat each lash with an even amount of mascara. With the addition of tiny comb-like bristles on one side of the wand... well, benefit's Roller Lash is pretty unstoppable.
It separates, lifts, and lengthens the lashes like nobody's business and makes your lashes look like falsies with just two coats. 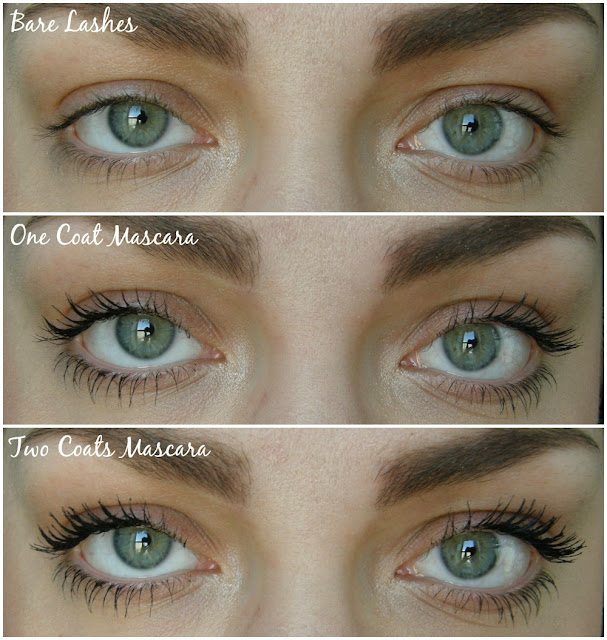 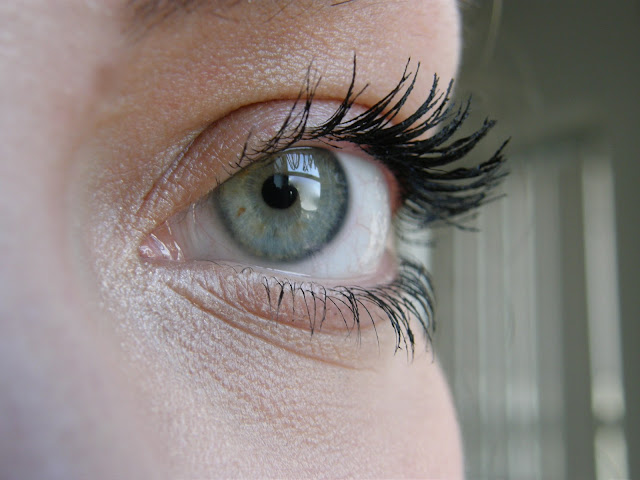 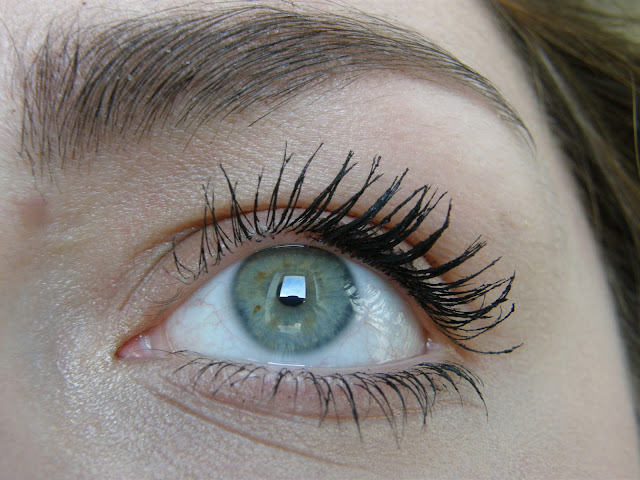 Oh man I'm tearing up at these beautiful memories which, even if I was wearing this mascara at the moment (I'm not; it ran out awhile ago), would be absolutely a-okay!
It's not a waterproof mascara so I'd say you have to avoid weeping with it on but if you shed the occasional twinkling maiden tear it shouldn't smudge or run. I've mentioned before than I have extremely watery eyes/my tear ducts are too small for my eyeballs/not even multiple surgeries have helped my eyes from constantly spilling over with tears, so I feel pretty confident in saying that if I didn't have problems with this mascara smudging or running then you won't either. Don't throw rocks at me if I'm wrong but I don't think you'll be disappointed with benefit's "Roller Lash".

If you want to hear me gush about this mascara more then feel free to watch the "Best & Worst of Beauty" video that it was featured in around the 13:03 mark!

Have you tried benefit's "Roller Lash" mascara?
Love it? Hate it?
What's your current favorite mascara?
Do share!!

xoxo - Cassie
Posted by ThriftThick at 12:30 AM

Thanks so much for taking the time to comment!! I read and appreciate each one :)
However, please refrain from leaving "follow for follow" comments, contest links, etc. as I will delete them. If you want me to check out your blog though just leave a link and I'd be happy to take a look! 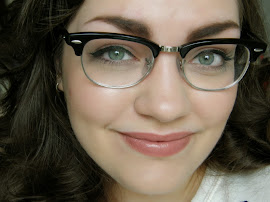 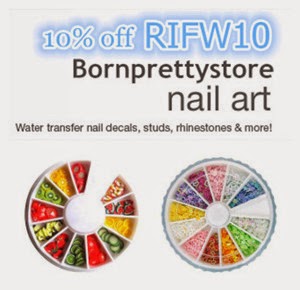